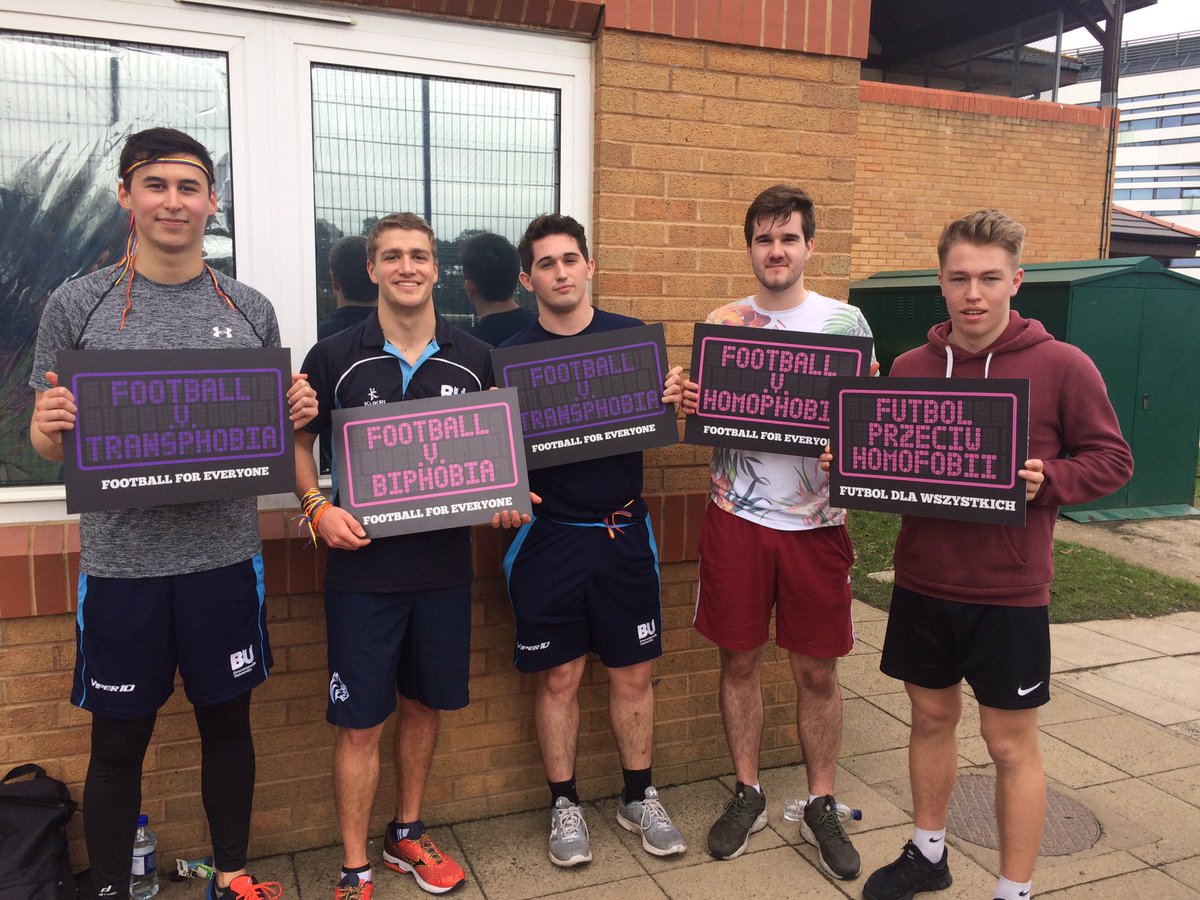 In line with the Football v Homophobia Month of Action February 2017, Bournemouth University teamed up with F4P to deliver a two part event drawing together students, football participants, community groups and experts all concerned with promoting safe and socially inclusive spaces to engage effectively with young people.

On the 21st February Football 4 Peace coaches delivered the first F4P v Homophobia Festival at Bournemouth University. The next day, the team joined in a symposium entitled ‘LGBT young people and their sport and leisure’ with speakers from various LGBT+ backgrounds working with the youth and with sport. Graham Spacey and Lydia Hume were invited to speak about the work of F4P in raising awareness of homophobia in sport to young people. 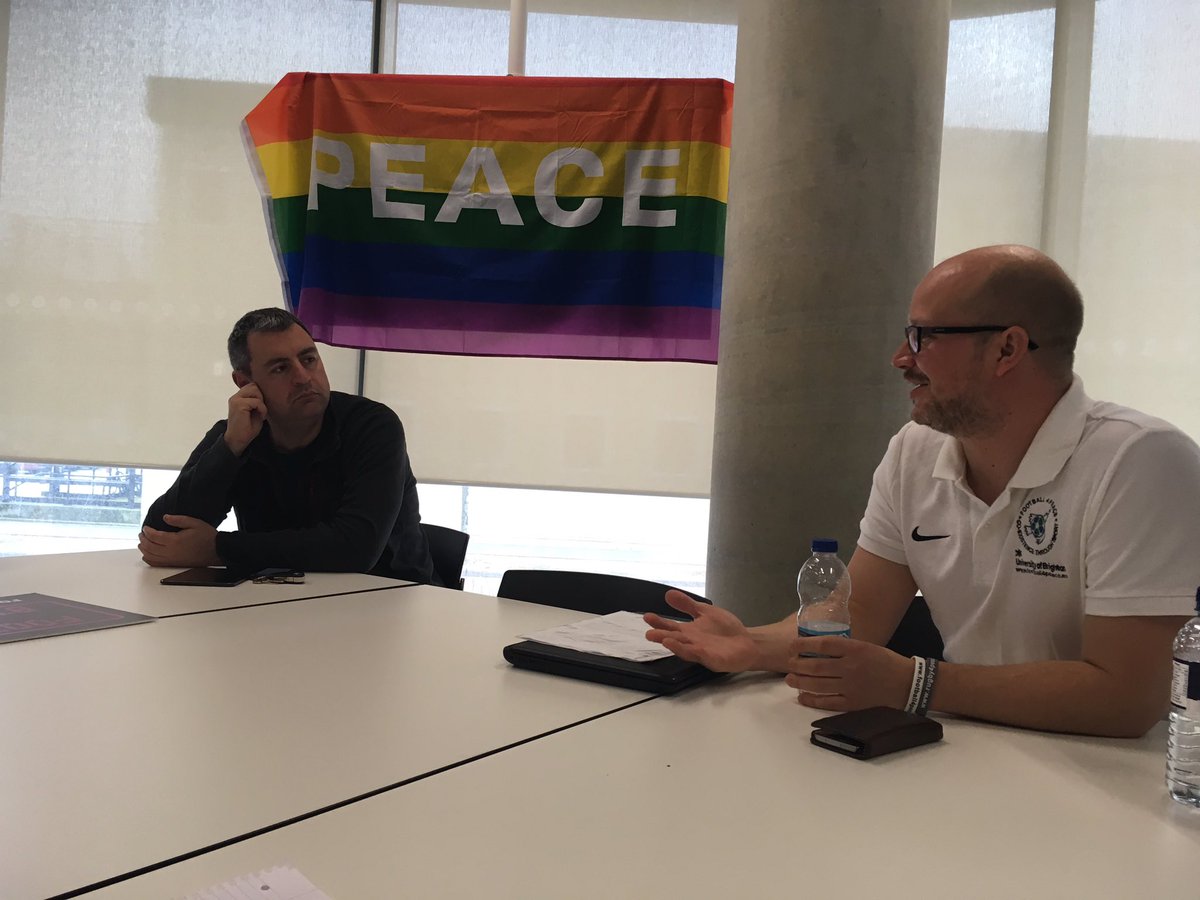 The F4P v Homophobia campaign has been running since 2012 and creates awareness of homophobia in football and sport more generally.  Initially working alongside the Justin Campaign in memory of Justin Fashanu, it uses the ethos and model of the F4P Festival which combines fair play and values such as trust, respect, responsibility with winning and losing.  Students from across the university were invited to take part.  Teams were asked to be mixed – without specifying what that is – and play other mixed teams.  Teams had to self referee and adapt their games appropriately for numbers and ability etc.

The symposium the next day was led by Dr. Jayne Caudwell who worked on our Israel programmes from 2005-2012.  It was well attended and consisted of speakers from across various disciplines listed below.

Graham Spacey leads Football 4 Peace International (F4P).  In 2012, he helped organise the first F4P v Homophobia Football Festival and Symposium. For the last 5 years, he has lead sustained student involvement in the annual festival and has run partner festivals at FE colleges. Graham delivered his talk with Lydia Hume, a sport business management student at the University of Brighton, on students’ motivations and perceptions behind volunteering efforts within the F4P v Homophobia events.

Sarah is Project Coordinator for Space Youth Project. She is a qualified youth worker and trainer with experience spanning four decades. Originally from a commercial management background she first worked with young people directing a play challenging Section 28 (Section 28 of the 1988 Local Government Act stated that councils should not ‘promote homosexuality or publish material with the intention of promoting homosexuality’ in its schools or other areas of its work). Section 28 was finally repealed in 2003. Sarah has been working for Space since 2011 and is delighted that this year it is one of AFC Bournemouth’s chosen charities for the 2016/17 season. Sarah spoke about the challenges facing LGBT+ young people and why peer to peer support is so important. 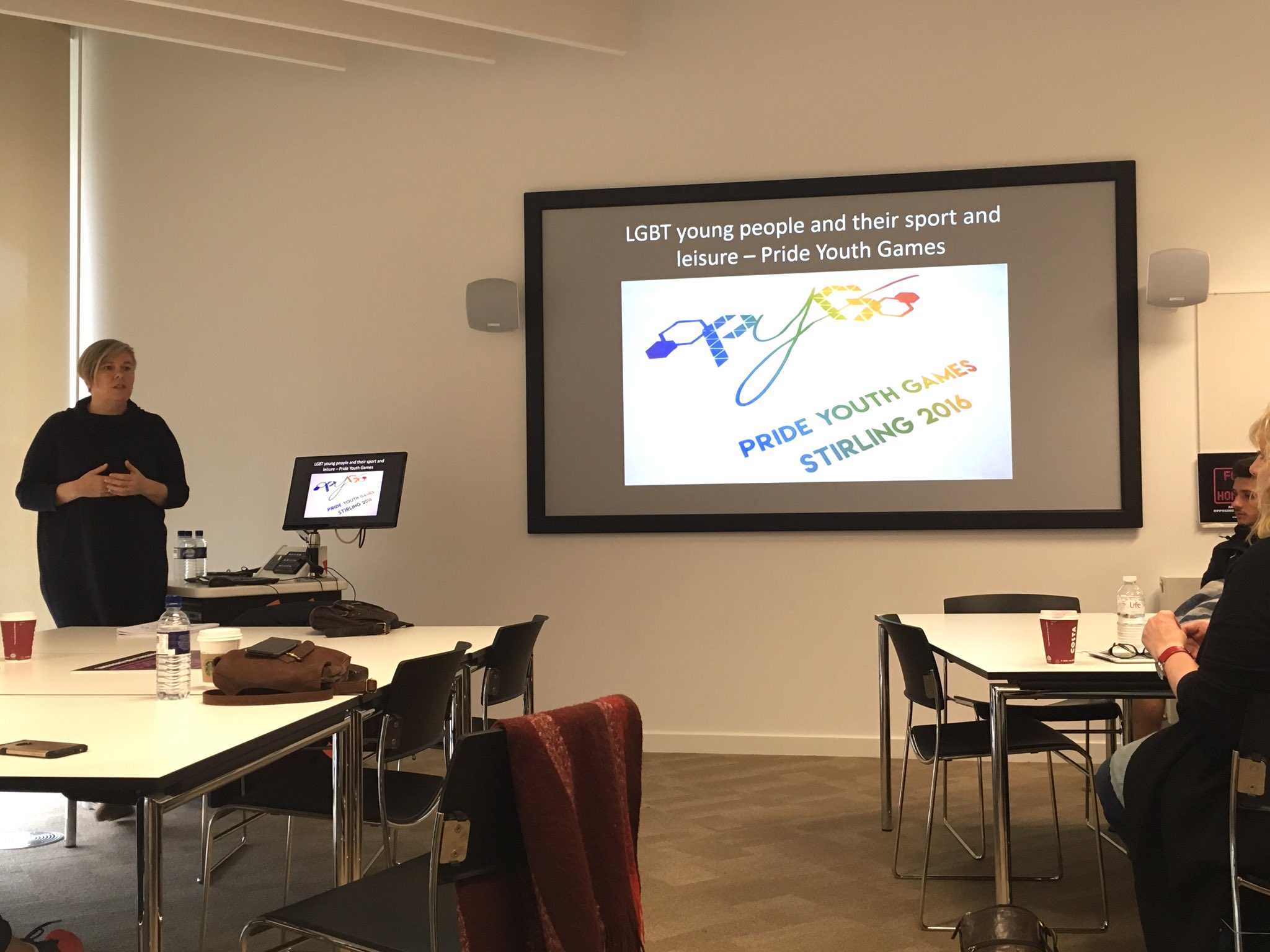 Louise Englefield set up Pride Sports with a colleague in 2006. As Director and working with others, she gave an overview of the FootballvHomophobia Month of Action.  She focused on the Pride Youth Games, which are an annual, UK wide event for LGBTI young people aged between 16-25.

Christopher Pullen is an academic author who has published widely on the subject of LGBT identity and the media.  In this presentation ‘LGBT Youth, Gender Performance and Bullying in School’ he spoke about the significance of media representations for LGBT youth, and the need for positive role models.  Examining recent research that he did in secondary schools, he specifically focused on expectations in gender performance and the relationship to bullying.